Henricksen: Five teams on the rise

There were several teams around the Chicago area that opened eyes during June. 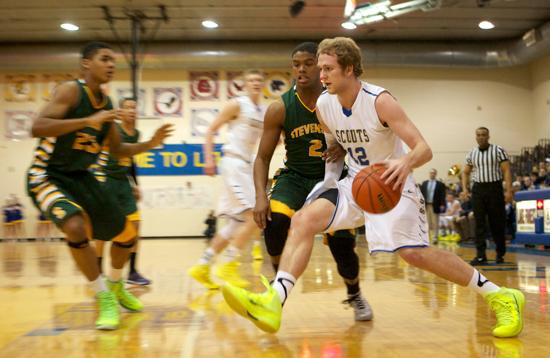 When the 2014-2015 high school basketball season tips off a little more than four months from now, everyone will be expecting this: Simeon and Stevenson to be playing in Peoria next March.

The expectations placed on those two will be greater than any other team will face with the high-level talent and experience these two powers return.

The summer camps, shootouts and leagues are over for high school teams as the calendar turns back to AAU play in July, but whether it was team or individual improvement, there were several other teams around the Chicago area that opened eyes during June.

▪ Lake Forest
Coach Phil LaScala welcomes back one of the single most productive high school players in the state in 6-7 Evan Boudreaux. Plus, 6-3 scoring guard Noah Karras, who sports a UIC offer, has blossomed this offseason. With a wealth of experience, depth and talent in 6-6 Adam Wolfe, Jack Traynor and Steve Vogrich, this is the best Lake Forest team since the Matt Vogrich-led group won 25 games and a league title in 2009.

▪ Hinsdale Central
The Red Devils have won quite a bit the past two years –– 41 wins, a couple of league titles and a regional. But deep March runs have been elusive to this program since Brian Wardle starred in the mid-1990s. Led by 6-7 Division I prospect Matt Rafferty, coach Nick Latorre’s team showed this summer it has chemistry, balance and that it might be the best team since the record-breaking 28-win team in 1997. While Rafferty remains the star, point guard Jordan Bradshaw returns at a key position, Grant Hutcherson is back on the wing and 6-6 George Kiernan is healthy and a versatile weapon.

▪ Kenwood
Simeon, Bogan and Morgan Park will get the preseason accolades, but coach Marlo Finner takes over a program chock-full with talent. There are seniors in Stephen Williams and Rahamanh Katumbusi to go with up-and-coming juniors in Nick Robinson and Zion Morgan, two of the top 10 prospects in the Class of 2016. Success may not happen overnight, but the Broncos showcased enough in June to show they could become a major player in the Chicago Public League sooner than later.

▪ Young
Wait! What are the defending state champs doing on this list? This is a team that lost four starters, including the nation’s top player (Jahlil Okafor) and two other Division I players (Paul White and Miles Reynolds). But the return this June of Joseph Toye, a multi-faceted and athletic 6-7 wing headed to Vanderbilt, is a big addition for the Dolphins. Toye is back from a year of prep school and will be surrounded by a surplus of unheralded but promising young players.

▪ Bradley-Bourbonnais
If the progression continues –– Bradley went from single-digit win totals for seven straight years to 19 wins this past season –– this could be the year the Boilermakers surpass Thornton and Thornwood in the Southwest Suburban Red. And there could be some staying power with the junior trio of point guard Micah Bradford, 6-7 Zach Hollywood and shooter Peter Gray. Coach Alex Renchen has this program on the uptick.

#UIC offers athletic Oak Park guard Josh Smith. The 6-3 junior is among the Hoops Report’s top 20 prospects in the Class of 2021.

Illinois offers top 5 prospect in Class of 2022 — Jaden Schutt of Yorkville Christian. The 6-4 sophomore is one of… https://t.co/chIeQZvlFT