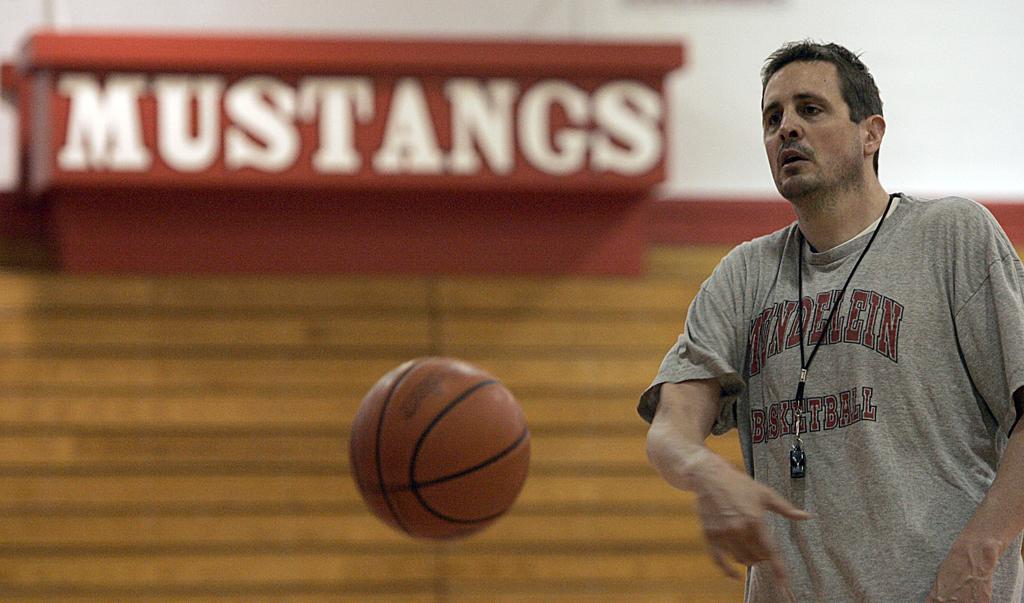 Mundelein boys basketball coach Corey Knigge has mixed feelings about club basketball: “In some respects, it’s been great for the kids. ... But I do see it lessening the importance of high school basketball.” | File

Scott Lidskin said he realizes his Illinois Old School program isn’t like some of the others that populate the club basketball landscape.

“We want to have a good relationship with the high schools,” said Lidskin, who started Illinois Old School five years ago while he was working at Glenbrook North. “We are not trying to take their kids away. We want to be a partner with them.”

Not all travel programs are alike, and that might help explain why high school coaches in the Pioneer Press coverage area have a wide range of opinions about the role clubs play in their sport.

“I was friendly with them, but I didn’t have a lot of contact with high school coaches,” Knigge said. “It’s not like I called a coach about working with a specific player.” 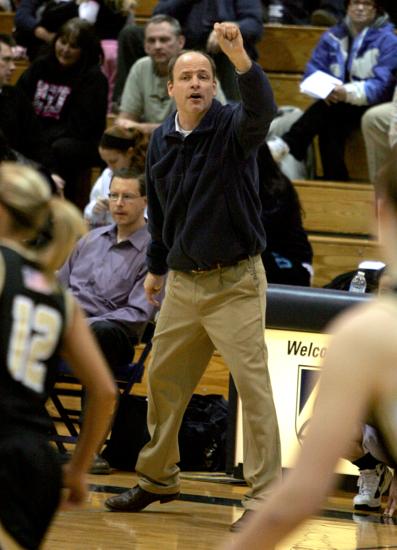 Trinity girls basketball coach Eddie Stritzel directs his team during a game against Marian Catholic on Jan. 24, 2012, in River Forest. Stritzel is a proponent of travel basketball. | File

“Of course, I can’t speak for all of them, but I’ve had nothing but positive interactions,” Eddie Stritzel said. “It’s great exposure for girls who want to play ball in college.”

Eddie Stritzel, who is entering his ninth season with the Blazers, said as many as 10 girls from the last three graduating classes went on to play basketball in college.

But not everybody shares Stritzel’s sentiments. 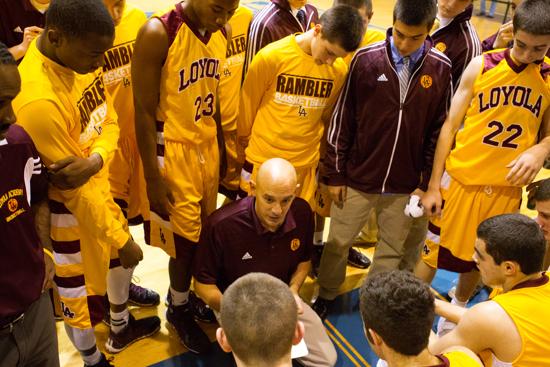 In this Nov. 27, 2013, photo, Loyola boys basketball coach Tom Livatino discusses strategy with his team before a game. Many club basketball teams place a lot of emphasis on individual offensive play, and that runs counter to Livatino's system. | File

Knigge and Tom Livatino, the Loyola boys coach, are more incredulous when it comes to the motivations of club basketball. Like Lidskin, Knigge had one foot in both worlds for several years. Knigge gave up his job at Rising Stars before taking the head coaching position at Mundelein last season.

“I saw the good, the bad and everything in between,” Knigge said. “Each side has its own interests in mind. It’s really about balancing both.”

“In some respects, it’s been great for the kids,” Knigge said. “But I do see it lessening the importance of high school basketball.”

Only two rising seniors at Loyola — Mike Mangan and Ricky Cenar — play club basketball, both at Fundamental U.

“It’s not bad, but it’s a completely different style of play,” he said.

While he doesn’t agree with how the game is played at the club basketball level, Livatino said his players aren’t coming back to him corrupted.

“I don’t find they pick up bad habits,” he said. “If we are doing our job, then the habits they learn from us don’t go away.” 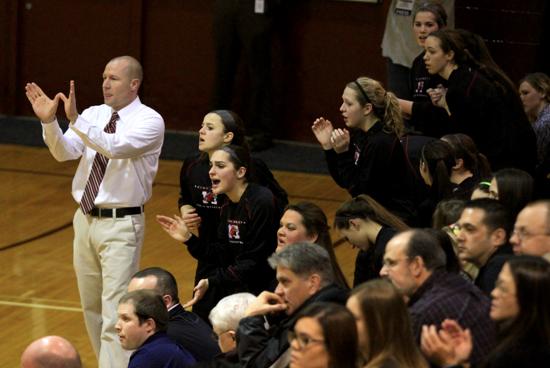 Maine South girls basketball coach Mark Smith, who is pictured at left coaching his team in the Class 4A Loyola Sectional final on Feb. 21, 2013, is indifferent about club basketball. | File

Maine South girls basketball coach Mark Smith is indifferent toward club basketball and its relationship with high school programs. Two seasons ago, the Hawks had one of the highest profile players in the state in Jacqui Grant, who recently completed her freshman year at Illinois. She played for Midwest Elite.

“It’s not that I’m not interested in it or don’t see the value in it, and I know almost all good basketball players are participating in it,” said Smith, who guessed about half of the 20 top players in his program play some form of travel basketball. “I’m not against it, but just stay away from it.”

Lidskin said the most important thing is to keep an open line of communication between the club and high school. He told a story about Brother Rice coach Rick Harrigan wanting to develop Cal Kennedy’s perimeter skills. Lidskin allowed Kennedy, a 6-foot-6 post, to play on the perimeter the summer before his senior season.

Always an adept shooter, Kennedy learned how to come off screens and move around the court without the basketball. He eventually walked on at Loyola University in Chicago, where he will be a sophomore this upcoming season.

This summer’s project is Stevenson’s Tom Imus, a 6-2 guard who didn’t play much as a junior. Lidskin said he has potential to play at the next level.

“Our goal is to make players better,” Lidskin said. “Hopefully, [high school] coaches see that and like what we do.”