OPRF Class of 2014 salutatorian Jonah Philion has a passion for playing his saxophone and also is a whiz in math and tennis. 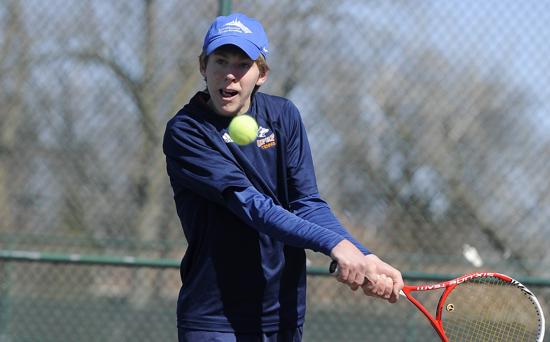 If his scholarship to study music at Harvard doesn’t work out, Jonah Philion always could perform on the streets of Naples, Florida.

A few years ago, just for fun, Philion and his older brother Ethan wanted to see how much pocket change they could make by jamming near the Gulf beach over winter break. Philion said he was amazed that their take was over $100 for about an hour of doing what he loves most — playing the saxophone.

The recent Oak Park-River Forest graduate begins a new chapter in his life this fall as a student at Harvard and the New England Conservatory while studying mathematics and physics. He said about a half-dozen incoming freshman are enrolled in the double-degree program.

Philion plays alto saxophone for his jazz combo, Swing Set, which is booked July 19 for the Bastille Day celebration at the CarefulPeach Boutique, 1024 North Blvd. in Oak Park.

At OPRF’s graduation ceremonies this spring, he let all his classmates know about his passion for playing. Philion, with a perfect 4.0 grade-point average, was the salutatorian of the Class of 2014 and delivered the commencement speech. He talked about his saxophone after he declined Principal Nate Rouse’s suggestion to perform in front of the audience.

“It was a story about how I play my saxophone,” Philion said. “I talked about how you keep everything you learn in your pocket, because you never know when you need it.”

That philosophy also worked for Philion as a member of the school’s Scholastic Bowl. His expertise in math, science and history helped the Huskies reach the state quarterfinals March 21 at Peoria’s Civic Center.

Philion can play alto, soprano and tenor saxophone, along with clarinet, flute, violin and piano. He played violin for four years with OPRF’s symphony orchestra and as a freshman joined the school’s jazz ensemble. 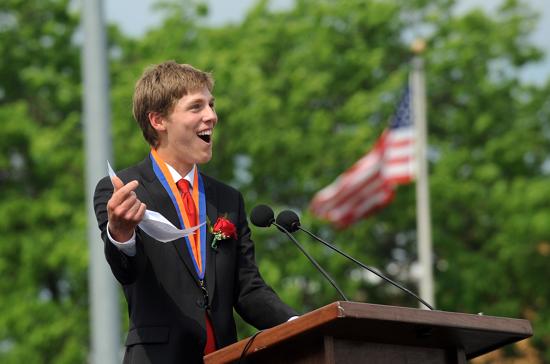 Music was not his only passion at OPRF.

Philion capped his high school tennis career in May by going 5-2 with Miles Blim in the state doubles tournament. It was his second trip to state meet, last year advancing with partner D.J. Arends.

Despite his full schedule, Philion said he missed only one tennis invitational, to a Scholastic Bowl commitment his junior year.

While neither of Philion’s parents played an instrument growing up, they encouraged their children to embrace the opportunity.

“[Our children] have grown up in Oak Park, which is a community that appreciates and encourages musical performance,” Ginger Philion said, “and they have attended schools in District 97 and 200, where they encountered skilled and inspiring music teachers.”

Philion was quoted in an interview with Buddy Guy’s Legends Blues and Music News that he began playing sax in the fourth grade after his parents found a relative’s Conn saxophone from the 1920s in the family attic.

“I thought that I should play it,” Philion said. “Since I already knew how to read music from violin, I quickly moved ahead of my peers.”

This summer, he is an instructor at Mathnasium Learning Center in Oak Park and also is giving private saxophone and tennis lessons.

“He’s a music phenom,” OPRF boys tennis coach John Morlidge said. “He’s just a special kid. His parents [Tom and Ginger] are fantastic and have been a good support group.”

Philion hopes to play club tennis at Harvard, but music will come first. He won the highest award at the Illinois All-State Music Education Conference in January. There are videos on YouTube of him playing classical standards with Gary Z’s Jazz Quartet.

He said he knew during his visit to Harvard before his freshman year at OPRF that he wanted to attend the Ivy League school.

“I loved it. It was amazing,” Philion said. “I went with my dad. Harvard Yard was the most beautiful place I’ve ever seen.”