Western Michigan was one of the first college programs to recruit Neuqua Valley forward Najee Smith. 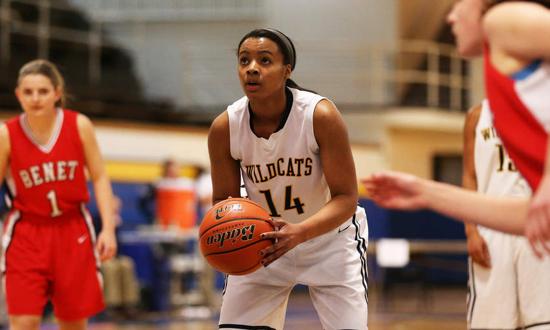 Western Michigan was one of the first college programs to recruit Neuqua Valley forward Najee Smith.

The Broncos’ interest never wavered even as Smith patiently explored every opportunity and that patience paid off when Smith signed with the school last month.

“She deserves it,” Neuqua Valley coach Mike Williams said. “It’s a good place for her. She visited last fall and came back excited. It’s a good fit.

“What kind of worked in their favor was they were patient. She explored some other options and they didn’t work out, but they were always there for her.”

Indeed, Smith said the balance of basketball and academics was what swayed her. Western Michigan coach Shane Clipfell impressed her with his patience while she mulled her options and the way he has turned around a program that won just 33 games in the four seasons before he was hired in 2012.

The Broncos won 11 games his first year and improved to 15-18 last season.

“[The reason I committed] would definitely be the coaching staff,” Smith said. “They were very welcoming and very open and it made me feel comfortable.”

Smith was a four-year starter at Neuqua Valley. As a senior, she averaged 10 points, five rebounds, two assists and two steals en route to earning All-Upstate Eight Conference and Naperville Sun First-Team All-Area honors. The Wildcats went 28-6 and won their first sectional title since 2002 before losing to eventual state champion Young in the supersectional.

Smith is one of four Neuqua players from the Class of 2014 to play collegiately, but the only one to go to a Division I school. Twin sister Malia and Naperville Sun Player of the Year Niki Lazar are at Wisconsin-Whitewater, while Lauren Deveikis has committed to Lawrence. Both are Division III schools.

“It’s exciting,” Smith said. “That’s been my dream since I was a little girl is to play college basketball. It being a Division I school makes it even better.”

Smith is already on campus attending summer school and working out with her new teammates. She plans to major in biology and go into the pre-med program, and is just finding out how rigorous the training will be for basketball.

“The strength of the players is at a whole other level,” Smith said. “We’re really focusing on our strength because obviously we’ve got to get bigger.

“It’s so weird. Every single one of your teammates is a ballplayer and so you have to work hard for your spot every day.”