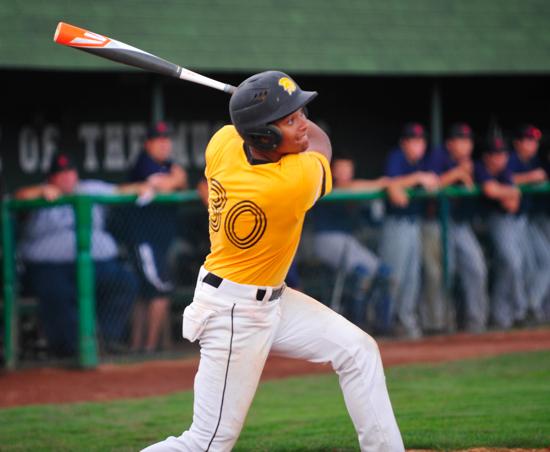 It’s easy to get fired up to play perennial power St. Rita, but Marian Catholic ace Bryce Hennessey prides himself on remaining stoic.

“That’s how I’ve always been,” Hennessey said. “I don’t show much emotion. I feel it on the inside, but I don’t like to show anything.”

“We call him ‘The Horse,’ ” Marian Catholic coach Phil Wail said of Hennessey. “Out of his 10 starts this spring, seven of them were complete games. Everything he throws up there is a strike.”

Marian Catholic (4-12) will face either Marist or St. Laurence at Richards on Tuesday in a regional quarterfinal.

The victory snapped an 11-game losing streak for the Spartans and avenged a late collapse against St. Rita (8-5) earlier in the summer.

Marian Catholic managed to wipe the slate clean with a four-run second inning. Hennessey opened the frame with a walk and later scored on a single by Dana Cox.

Nick Bledsoe (3-for-3) later knocked in Matt Clary, and when Cox crossed the plate, Marian Catholic was ahead 4-0.

Hennessey limited St. Rita to one hit through five innings, but the Mustangs finally got to the right-hander in the sixth. Tony Faron ripped a two-run single, scoring Danny Gleaves (2-for-4) and Mateo Zunica to send Hennessey to the bench.

John Kavanaugh entered in relief for the Spartans and closed out the inning, but the theatrics weren’t over.

With one out and runners on second and third in the bottom of the seventh, St. Rita was hoping for another late comeback. But in an awkward turn of events, Zunica struck out after twice believing he had loaded the bases with a walk.

“It’s a shame we have to pay guys $60 to show up to the games unprepared without clickers,” St. Rita coach Mike Zunica said.

“We didn’t put the ball in play or put pressure on them all day. We we were terrible at the plate and we got what we deserved.”