This time of year, Christian Bolhuis has only so many throws in his strong right arm. 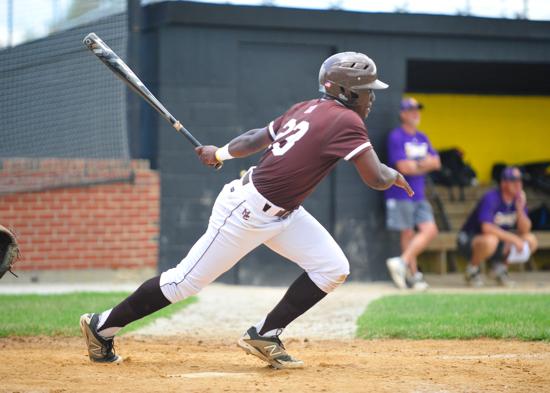 This time of year, Christian Bolhuis has only so many throws in his strong right arm.

The rising senior is both the starting quarterback for the Chicago Christian football team and a leader of the Knights’ pitching staff in baseball.

“I just try to relax it in football on the days I’m pitching and all the other days, I try to get the football going,” Bolhuis said. “I just try to balance it out and make sure I’m not overdoing it.”

Apparently, he’s got the formula down. Bolhuis worked two scoreless innings, striking out four, to nail down Chicago Christian’s 4-2 win over Mount Carmel on Wednesday afternoon at Richards.

That sends the Knights (15-3) into a 10 a.m. Thursday regional final of the Phil Lawler Summer Classic against St. Laurence (12-2). The winner goes to the Lawler Classic Elite Eight, which starts Monday at Benedictine University and North Central College.

This is uncharted territory for Chicago Christian, which hadn’t made it past the first day of the summer playoffs in coach Eric Brauer’s previous seven seasons. But four of those losses came in extra innings, and he had a feeling the Knights’ fortunes would change.

“I think our program’s been knocking on the door,” Brauer said. “In the time I’ve been here, we haven’t gotten over the sectional hump in the (spring) either. We’re right there. We just needed some things to go our way.”

It didn’t look like that would happen early on Wednesday, with Mount Carmel (9-3) jumping ahead 2-0 in the top of the first on Malik Carpenter’s sacrifice fly and Josh Stowers’ RBI single.

But Bolhuis and his teammates weren’t worried.

“I think we were thinking, ‘They only scored two runs, we know we can score more than that,’” Bolhuis said.

The Knights did, and quickly, too. In the bottom of the first, Jack DeVries singled home a run, Zach Frieling walked with the bases loaded, Jacob Bulthuis drove in a run with a forceout and another run scored on a Caravan error.

Just like that, it was 4-2. Chicago Christian’s pitchers did the rest. DeVries, who came on in the second; Trevor Wolterink, who went to the mound in the fourth; and Bolhuis all worked two shutout innings.

Because Bolhuis threw 51/3 innings in relief to earn the win Monday against Reavis, Brauer said, “his max today was going to be nine outs. I had to find a way to get at least 12 other outs.”

“Him going one more allowed Christian to not face anybody twice,” Brauer said.

“Chicago Christian played a great game and their pitchers did a great job of shutting down our offense,” Mount Carmel coach Brian Hurry said. “That was the dfference — we didn’t score enough runs. ...

“It’s a disappointing end to the summer. But we’re going to get after it and we’ll be ready to go next year.”