Stevenson senior Sophia Way is not on any list of Illinois’s highest-ranked girls basketball players. 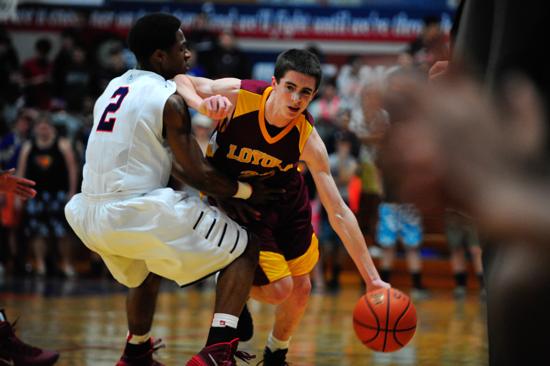 Stevenson senior Sophia Way is not on any list of Illinois’s highest-ranked girls basketball players. But by playing with her Midwest Elite AAU team, she competes every day with highly touted teammates Haley Gorecki, a Fremd senior guard, and Marian Catholic senior Teniya Page.

“A lot of the girls are incredible players,” said Way, a 5-foot-8 shooting guard. “I’ve learned a lot of valuable lessons.”

One of which is accepting exclusion from recruiting lists and Internet discussion forums. Gorecki parlayed her talent into multiple Division I offers before deciding on Duke in April. For the second year in a row this spring, Page was invited to try out for the USA National Team (she did not make the final cut either year).

Way, who wants to play college basketball, said her Midwest Elite teammates benefit from the exposure that comes from high-level AAU play. She benefits as well, but it’s just not as public.

“I like to get to the gym and focus on what I can do to improve myself. What I’ve gotten most out of it is being pushed by my teammates,” Way said.

Primarily a perimeter shooter for Stevenson last season, Way is using this AAU season to diversify her game. At practice, she works on offensive moves. During games, she attacks the rim, evolving into a more aggressive player off the bounce.

She said she hopes the added dimension to her game will attract more college coaches in addition to those from the east coast-based Patriot League she has been communicating with.

“Rankings have never meant anything to me. It’s not about being the next girl, but being the best player I can be,” Way said. 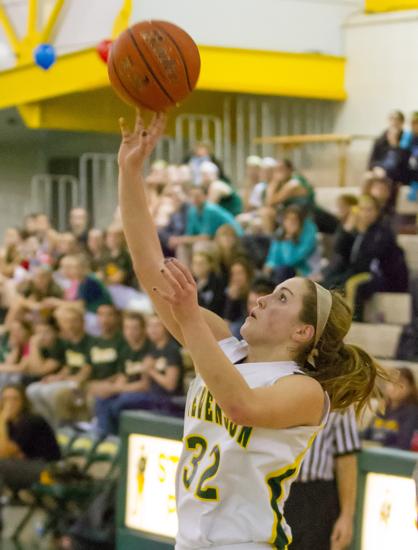 Stevenson’s Sophia Way is focused on expanding her abilities on offense during games with her Midwest Elite AAU team this summer. “It’s ... [about] being the best player I can be,” Way said. | Nic Summers/for Sun-Times Media

Loyola’s Mike Mangan, a 6-foot, 155-pound point guard, was a key piece on the Ramblers Class 4A sectional championship team last season. In March, he joined Fundamental U, an AAU team run by Joy of the Game founder Mike Weinstein.

Mangan is one of the 17U Black team’s most improved players this summer. He regularly finds shooters like Lake Forest’s Noah Karras, who received a Division I offer from UIC in June. And while Mangan profits from Karras’ rising recruiting stock, Weinstein said that effect is marginal compared to team success.

“If you play on a team that wins and plays the right way, that’s the benefit,” Weinstein said. “You will get those second and third looks [from college coaches].”

“You want to get the most out of your skill work,” Mangan said. “Just the sheer repetition of [practices] and games helps you mold your game.”