Find out which schools Richards' receiver Spencer Tears has received offers from in this week's roundup. 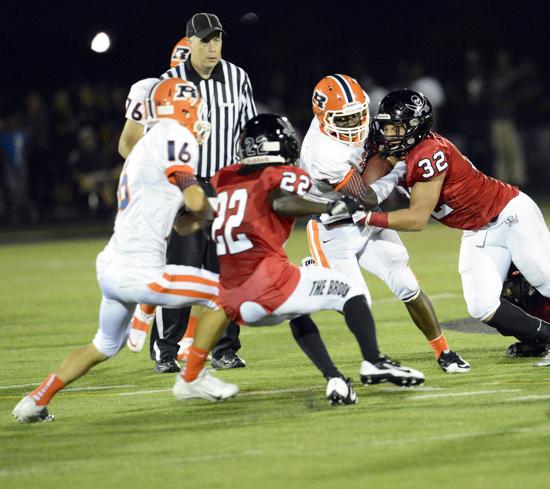 After a lull in his recruitment, rising senior wide receiver Spencer Tears of Richards is back in the game in a big way. He took a spring visit to Nebraska after getting an offer from the Huskers and committed just a few days after. A short while later, he decided to take a step back and reopen his recruiting process.

Since then, the Scout.com three-star prospect has added an offer from Louisville and is getting steady interest from Kansas, Connecticut, Purdue and Bowling Green.

‘‘Well, they are in the ACC — that’s one thing I like about Louisville,’’ Tears said. ‘‘I don’t really know much about them, but what I do know from watching them is that they are a heck of a football team. I am sure I will grow to love them.’’

For Tears, who’s long and lean at 6-2, 175 pounds, the Cardinals’ offer was a surprise. They contacted him for the first time to tell him they liked his film and made their offer an hour later.

‘‘I think I am waking up and talking to the same coaches as usual, and then out of nowhere comes another coach saying they want to offer me,’’ Tears said.

‘‘The coaches had just finished speaking to me and asked if I had any questions,’’ Breshears said. ‘‘I said, ‘I am humbled that you guys had faith in me and extended me a scholarship offer — I would like to join the family and give you my verbal commitment.’ They were all super excited, and when the head coach got done congratulating me, he opened the door and screamed, ‘We got an Owl!’ ’’

The 6-5, 265-pound Breshears enjoyed the recruiting process from the start.

‘‘I’ve been blessed to get a ton of college attention and loved every second of it,’’ he said.

He also had an offer from Central Michigan.

Bolingbrook rising junior linebacker Tuf Borland, a four-star prospect, has picked up his second offer, from Massachusetts. For the 6-2, 225-pounder, the process has been a pleasant surprise after he got started with an offer from Illinois as a sophomore.

‘‘It’s almost like getting the offers so early isn’t real,’’ Borland said. ‘‘You always hear about these guys who are younger getting all these offers, and now it is here for me.’’

Borland is looking forward to learning more about Massachusetts.

‘‘I don’t know much about them, but I know they are really into their schooling and academics,’’ he said.

‘‘I am excited to get back out here and be with the guys and just get ready for the season,’’ Borland said. ‘‘It takes buckling down and getting ready for the start of the year.’’