News and notes from around the girls volleyball world. 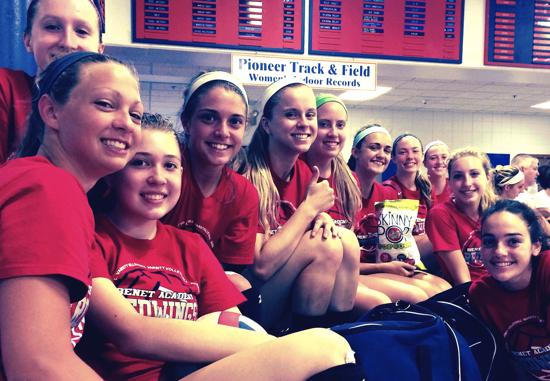 Since winning state titles in 2005 and 2007 and a regional championship in 2008, Naperville Central has had little postseason success. Last year, the Redhawks were beaten in the regional semifinals by Lockport 25-15, 25-15.

But this year’s team, which is 6-1-2 and top seed in the Thursday High School Varsity Summer League at the Great Lakes Center in Aurora, is determined to return the program to prominence.

“There was a lot of excitement at camp in terms of the kids who have gone away in the offseason and have come back better,” Naperville Central coach Jeff Danborn said. “It’s an exciting time because a lot of kids are coming back stronger and there’s a good pool of youth coming in, too, who want to make a name for themselves.

One player who can rest easy about her roster spot is 6-2 middle hitter Phoebe Havenaar.

“Phoebe who?” Danborn joked. “She takes her volleyball very seriously and she’s a very competitive, hardworking kid who wants to be great at what she does. I feel like this year she’s got a little something more to prove.

“She came to the varsity team as a sophomore. We had a really strong season and ended up losing to Benet in the regional finals at our house. Last year was a growing year. We struggled a little bit. She wants to remind everybody about what it is that we can do. I’m excited for her this season.”

Another of the six starters returning for Danborn is junior setter Andi Davenport.

“I feel like she’s kind of got something to prove as well,” Danborn said. “She came in last year as a sophomore. Her and I had a lot of talks last year. She’s also been one to commit to the program. She went away and worked on her indoor game and her sand game. You can see her confidence building.”

Danborn hopes this is the group that takes Naperville Central back to where it once had been not very long ago.

“After taking over for Brie (Isaacson), I tried to do a comprehensive history of the program going back to 1972,” Danborn said. “It’s tough because records are sporadic. There are things we want to reinstate like the ‘Red and White Award.’

“Naperville Central does have a very strong volleyball history. Being able to maintain that and stay within the elite of the volleyball community is something we want to be able to get back to with these girls.”

Born in 1975 and coach of Sandburg for the past seven years, David Vales appreciates how difficult it is for any school from the South Side and adjacent suburbs not named Mother McAuley to advance to the state tournament.

“I don’t remember a time when (the sectional title) hasn’t gone through (McAuley),” he said.

Led by a veteran setter and nearly all the hitters from last year’s 31-8 team that lost to McAuley 25-20, 25-16 in the sectional title game, Vales and the Eagles are well-armed to take aim at their 11th consecutive regional title and first trip to the quarterfinals since 2004.

Sandburg has lost just once in the summer league at Palos Courts, falling 15-13 to De La Salle in Game 3 with setter Sami Knight absent. That same night, the Eagles were able to overcome Lincoln-Way North in another thriller, winning 19-17 in the third game.

“After that match, Lincoln-Way North coach Mary Brown came up to me and asked if I was breaking in a new setter,” Vales said. “I told her Sami was just gone that week. She said, ‘She hasn’t graduated yet?’”

“She’s very deceptive,” Vales said. “At camp, our blockers would go to the right and she’d set left. Then the blockers would go left and she’s set right. I’ve never seen players going one way and a setter going the other. The blockers are going on their third year with us themselves, and they can’t tell where she’s setting.

“She also gives you the same ball every time. You tell her the ball you want, she’s going to make it the same wherever she is on the floor. Those are some great qualities to have.”

Knight will have a stable of hitters to choose from, including 5-9 outside hitter Julia Borschel, middle hitters Kathleen Bollito and 6-3 Kristina Stoncius, and 5-10 rightside Leah Lane. Add to that mix 5-10 junior Caroline Stefanon, who played club with 1st Alliance 16 Silver.

“Borschel is back after playing all last year and part time her sophomore year,” Vales said. “Last year she had 10 kills and one error against McAuley. That’s what we expect from her this year. She’ll be our go-to outside. Lane on the rightside in in her third year on the varsity.

“Bollito and Stoncius were part of a three-headed monster with Kelly Finlay in the middle, and Stefanon played outside with 1st Alliance but she’s played middle all of her life and is the most explosive middle I have.

“In the hitting department, we don’t lose a ton.”

Defense and passing, however, are concerns.

“We’re going to be a little younger there,” Vales said. “I do have two seniors coming back. If they learned from watching and practicing last year and a couple of juniors we have step up, we could be pretty formidable.”

Anne Mastandrea is going to be busy this fall.

The former Downers South and Purdue star is getting married in October. She also recently assumed coaching duties at Glenbard North.

Mastandrea is no novice when it comes to coaching. She coached club at 1st Alliance, spent time in the college ranks at Western Carolina and Northwestern and assisted her father, Pete, at Glenbard West the past two seasons.

“I think I was always meant to be a head coach,” she said. “It was always my goal. So now here I am. Now I have to put in the hard work to get my team to the next level.”

Glenbard North has never won a sectional. Two years ago, the Panthers lost to St. Charles North 25-22, 25-19 in the regional final. Last year, they fell in the regional semifinals to Glenbard West.

But if the summer is any indication, the Panthers have the potential to make some noise this season.  Glenbard North is 4-2-3 in the Thursday Night Varsity Summer League at Great Lakes.

“I’ve got some raw players, which is really exciting because what I like to do is get in and develop players,” Mastandrea said. “I’m more of a technician. I’m excited to get into the season when I can break it down and see the development of some of these individual players and how that will benefit us as a  team.

“Right now, we look like a pretty good volleyball team. I’m learning a lot about the kids, and as we’re doing that we’re only going to get better every time we touch the ball.”

“Nicole is a real good volleyball player,” Mastandrea said. “She knows the game pretty well. Stephanie has the ability to make a big difference. Haley is working really hard for that setter position and she’s done a great job, and Emily is an experienced middle hitter.

“So I’ve got a good core. I’ve got kids I’m really excited about it.”

Mastandrea, who finished her collegiate career third in digs (1,356) and fourth in digs per game (3.33) at Purdue, is also looking forward to coaching the Panthers’ core of defenders.

“I hope they’re ready for me,” she said.

The quarterfinal pairings have been set for the 40-team Tuesday Varsity Summer League at the Great Lakes Center in Aurora.

Benet, which has made three consecutive appearances in the Class 4A title game, looks ready to make it four in a row.

The Redwings went 8-0 at an 18-team camp at Wisconsin-Platteville last weekend, going 5-0 in pool play then reeling off three straight wins in the Gold pool. The Redwings won without arguably their best player, 6-2 middle Rachael Fara, who won an AAU national title with Sports Performance 18 Elite earlier this summer.

“We took 11 kids with us and played everyone equally,” Benet coach Brad Baker said. “Rachael and Maria Cyvas were not at the tournament. Marissa Tassone and Paige Hembrough played middle for us.

“We played lots of different lineups this past weekend and at times would only have one senior in the lineup. During the regular season, we expect to have lots of seniors playing. But it was great see our youngsters not only play with varsity teams, but at times dominate them.”

Baker expects a lot of competition for playing time this season as the sophomores and juniors who were part of a highly successful junior varsity team push the seniors for playing time.

“Everyone played extremely hard, which will make for a very competitive first few weeks of practice as we will have multiple players trying to win spots,” he said. “There will be few positions where it is really close as to who should be playing.”

Twenty-one players were invited to the training camp in Lake Placid, N.Y., earlier in July. The roster was then pared down to the final 12. The NORCECA championships run through August 3. The top two teams will participate in the 2013 Junior World Championships.

Perinar will attend Lewis University in Romeoville in the fall, while Jendryk will join the national champion Ramblers at Loyola University in Chicago. Both were Chicago Sun-Times All-Area selections. Jendryk played for Mizuno Sports Performance B18 Elite and Perinar played for USAV Junior National Championships silver medalist Ultimate 18 Gold.