Western Amateur will be stern test for elite area golfers

The Western Amateur — among the toughest tests in amateur golf with past winners like Jack Nicklaus, Tiger Woods and Phil Mickelson — starts Tuesday at The Beverly Country Club on Chicago’s South Side. 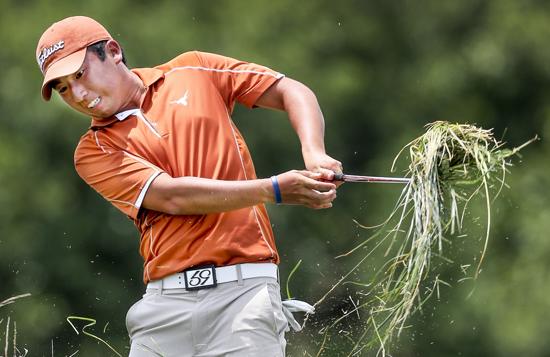 For the first time in his golf career, Northbrook resident Nick Hardy is in the field at the Western Amateur.

The tournament — among the toughest tests in amateur golf with past winners like Jack Nicklaus, Tiger Woods and Phil Mickelson — starts Tuesday at The Beverly Country Club on Chicago’s South Side.  The 156-player field includes many of amateur golf’s rising stars, including Alabama sophomore-to-be Robby Shelton, who was instrumental in delivering the Crimson Tide an NCAA Championship earlier this year.

"This is definitely one of the biggest tournaments of the year,” Shelton said. “Everyone here is locked in to win it. It’s in the same category as the U.S. Amateur.”

A year ago, Hardy played in his first U.S. Amateur, where he was one of 64 players out of 312 to advance to match play.

Hardy earned his trip to the Beverly Country Club in June by finishing as the runner-up at the Western Junior Amateur at Flossmoor Country Club. On Monday, he played Beverly — a Donald Ross design that plays to a par 71 over 7,016 yards — for only the third time.

"It's a course I really like a lot," said Hardy, who graduated from Glenbrook North and plans to play golf at Illinois later this year. "It compares to a lot of the older tree-lined courses I've played. No. 1 is you have to hit the fairway. You also have to be careful about where you hit it on the greens."
Hardy isn't the only local player in the field this week.

Lincolnshire's Jack Watson, who will be a fifth-year senior at Wisconsin, is in the Western Amateur field for the third year in a row. The 22-year-old Watson, who went to Carmel in Mundelein, played Beverly Country Club for the first time Monday. He said the course fits his game.

"The layout is nice for me because it is not too long and you need to hit it straight," Watson said.

He also was well aware of the pitfalls that await.

"The greens are firm and fast and have some weird slope, which could make for some interesting pins," Watson said.

Other area players to watch include Doug Ghim and Andrew Price. Ghim, 18, graduated from Buffalo Grove this year and plans to play at Texas. Price, 31, graduated from Lake Forest and played college golf at Kansas. Ghim was the runner-up at the U.S. Public Links earlier this month.

Jordan Niebrugge, who is from Mequon, Wisconsin, is in Chicago to defend his Western Amateur title. The last player to do so was Justin Leonard, who won in1992 and 1993.