Even though Elizabeth Szokol came up short in her attempt to earn a berth in the U.S. Women’s Amateur golf tournament a year ago, the qualifier proved a valuable experience. 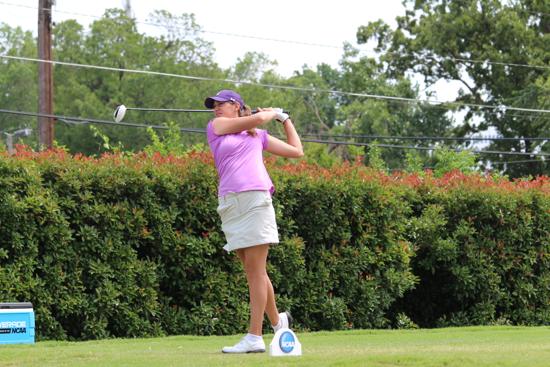 Even though Elizabeth Szokol came up short in her attempt to earn a berth in the U.S. Women’s Amateur golf tournament a year ago, the qualifier proved a valuable experience.

By shooting a 72 in the qualifier at Homewood’s Ravisloe Country Club in early July, Szokol advanced to August’s U.S. Women’s Amateur at Nassau Country Club in Glen Cove, New York. The Winnetka native and New Trier grad was one of seven to make the cut at Ravisloe.

“Previous experience kind of helped that,” Szokol said. “Playing for Northwestern [in 2013-14] and just getting that tournament experience in, and getting in some good practice time in the month of June.”

Szokol said she’s anticipating longer rough at Nassau and she’s fine-tuning her short game for the tournament that runs from Monday-Aug. 11. She wants to do well in stroke play and see what happens.

“I’m really excited to be playing in the event, a really prestigious event,” Szokol said. “It’s great to finally be able to qualify and a lot of great players will be there. I’m really looking forward to playing in that event.”

Though she gained tournament experience at Northwestern, and though she said the school is great, Szokol is transferring to Virginia for her junior year. The psychology major said the school has strong golf and academic programs and she’s excited for the change of living further from home.

Szokol had a strong sophomore year at Northwestern, where she averaged a score of 75.17 in 35 rounds for the Wildcats in 2013-14. She played in 12 events, earning a tie for 13th (12 over) at the Big Ten Championships in French Lick, Indiana, and a tie for 77th (17 over) in the NCAA Championships in Tulsa, Oklahoma.

“Two years ago when Elizabeth arrived at NU, she was raw talent and needed to compete and learn to score and she made great progress in these areas,” Northwestern coach Emily Fletcher said in an email. “There is no substitute for experience and hard work.”