No player from the Illinois men's golf team has ever won the Western Amateur. 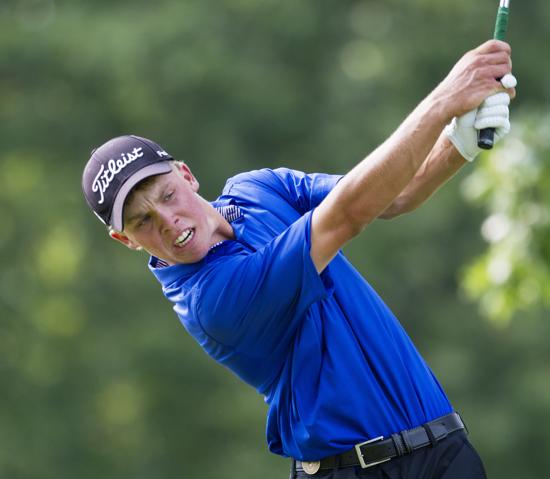 CHICAGO — No player from the Illinois men's golf team has ever won the Western Amateur.

"It says a lot about the kids," Small said. "The kids are the program, and I am excited for them. Now, they have a chance to go out and win one of the biggest amateur tournaments in the world."

Danielson, of Osceola, Wisconsin, was the low Illini, finishing alone in 11th at 7 under. Campbell, of Irvine, California, and Hardy, of Northbrook, both tied for 12th at 6 under. The cut for match play came at 5 under.
Campbell said he wasn't surprised at all by the success. A fourth Illini — incoming freshman Dylan Meyer — also was in the 156-player field, but he missed the 36-hole cut Wednesday.

"We expect ourselves to play that well," Campbell said.

Since taking over the program in 2000, Small has built the Illini into a major player on the national scene. Illinois is one of only five teams to have played in at least seven consecutive NCAA Championships, and Illinois has finished in the top eight in the country three of the past four seasons.

Campbell was Illinois' third Big Ten Player of the Year in a row last season and was one of three All-America selections on a team that won four tournaments.

Danielson, another All-America selection, said the "Sweet Sixteen" accomplishment is proof of where Illinois ranks among other college programs. Texas also sent three players to match play this week.

"This shows you how solid or program is," Danielson said. "We owe a lot to Mike Small."

Campbell and Danielson both said they believe the Illini will be even better this season. In addition to rising junior and returning All-America pick Thomas Detry, Hardy and Meyer — both of whom are former Rolex Junior All-Americas — should push for playing time right away.

“We have guys competing for the last spot in the lineup, which is not really something we’ve had in the past,” Campbell said. “We're going to be a lot deeper this year."

Small was more reluctant to compare this season's roster to others, but he conceded it's full of proven talent.

"On paper, probably we are better," he said. "Our kids are very tough mentally, and that's something we teach them to be. But nothing is guaranteed, nothing is a given."