Nazareth grad Nick Rush of Hinsdale had no intention of playing sports at Penn, but then decided to try sprint football. 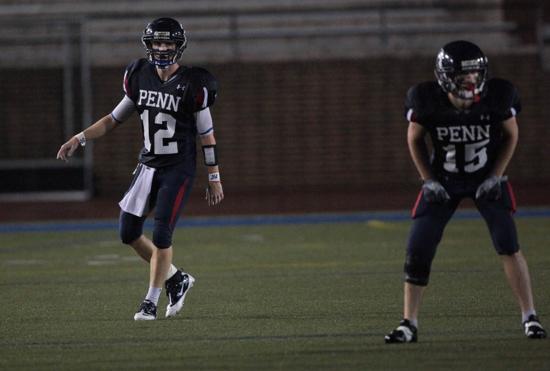 Hinsdale’s Nick Rush barely had time to unpack from his recent monthlong trip to South America before was issued a challenge.

His 12-year-old brother Matthew was eager to test his basketball skills against his older sibling.

The competitive fire burns at an early age in the Rush household.

“My little brother was bugging me to play one-on-one,” said Nick Rush, a 2010 Nazareth graduate who recently graduated from Pennsylvania. “He’s become quite the basketball player. I have three sisters and one brother and everyone is doing great in life. We all have a friendly competition. I look forward to coming back home to hear about what everybody else is doing.”

While the Rush family of Hinsdale has been a long-time part of Hinsdale Central athletics, Nick Rush played basketball and football at Nazareth.

Gabrielle Rush, 17, who recently committed to play basketball at Princeton, will be a senior at Hinsdale Central and was an AP all-state selection as a junior. Danielle, 25, and Christine, 21, also played sports at Hinsdale Central. Christine Rush walked on Brown’s basketball team last year as a junior and Danielle graduated from Notre Dame before heading to medical school.

“Our parents promoted academics,” Nick Rush said. “They always instilled a sense in us that academics are the No. 1 priority because it’s the most lasting thing in life.”

“It came as a surprise,” Rush, a defensive back who recorded 23 tackles last season, said. “I didn’t even know it existed. It’s a big credit to my parents for putting us in sports since we were young. It taught us how to balance priorities and keep everything in line. I’m humbled to win it.” 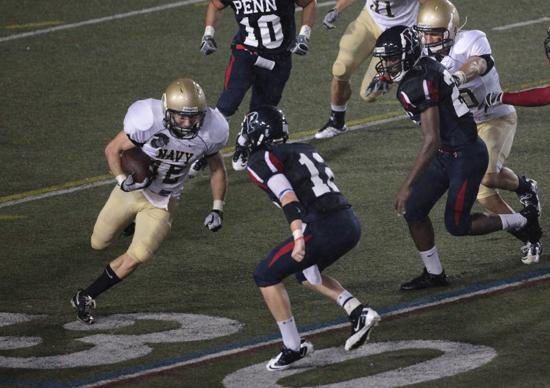 Rush was Nazareth’s valedictorian and 2010 East Suburban Catholic Conference Male Scholar Athlete of the Year. Despite being a two-sport athlete, he had no intentions of playing sports in college.

But when he heard about sprint football, which has the same rules as regular college football except players weigh 172 pounds or less, Rush decided to try out for the team. He ended up being a two-time honorable mention in the eight-team all-Collegiate Sprint Football League.

“My feeling is if you’re going to compete in something you might as well strive to be one of the best,” Rush said. “If you invest so much time into something, it’s nice to see the hard work pay off.”

Bill Wagner, who will be entering his 45th season as Penn’s sprint football coach, couldn’t ask for a better example of a student-athlete than Rush.

“He really is a leader on the field and as a person off the field,” Wagner said. “We had an alumni brunch and Nick asked to say something to the alums and laid out a tremendous speech. He really spoke from the heart; talking about the values he gained at Penn. He’s on his way to making a tremendous career for himself.”

Rush, who found time to tutor other athletes, got a job as an investment banker on Wall Street in New York. He worked there the last two summers and started full-time July 16.

His mother, Kathleen Rush, is not surprised by her son’s success.

“All my kids play sports and are pretty good with time management,” Kathleen Rush said. “Academics were our first priority for him at Penn. His grades were high and he was getting it all done, so it worked out well for him. If he couldn’t have done it [kept grades up while competing on the field], then he would’ve had to focus on academics because he was there to get a job in New York City, not to play in the NFL. We’re very proud of him.”