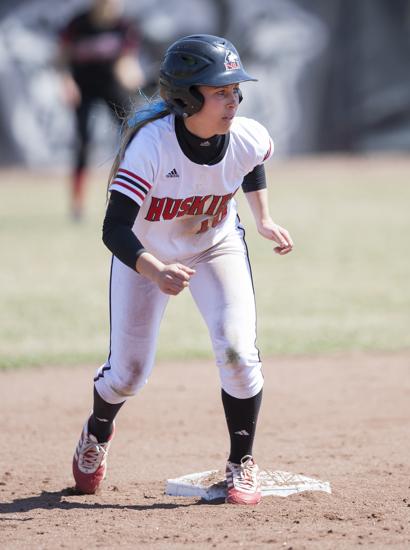 Ashley Kopp may have ended her intercollegiate athletic career, but she remains an inspiration for her younger sister Sydney, a junior basketball player at Hinsdale South.

Ashley Kopp played softball for four years at Northern Illinois, ending her career in the spring after batting .209 in 56 games for the Huskies as a utility player. She hit .223 for her career with 11 home runs and 48 RBI.

She emerged as a bigger role model in the classroom when she was named Mid-American Conference all-academic honorable mention. She graduated in May with a 3.60 grade-point average in biology and chemistry. She is considering enrolling into graduate school.

“It was a good experience,” Ashley Kopp said. “I learned a lot more life lessons ... considering we practiced three to four hours a day everyday.”

Ashley Kopp headed to DeKalb after ending her Hinsdale South softball career in 2010. She said balancing academics with athletics is all about time management.

“The downtime that we have when we are not working out, practicing or doing community service, I had to dedicate to getting my school work done,” she said. “Sometimes that included not being able to go to eat and hang with friends in order to make sure that I was staying on top of my schoolwork.

“Also, when I knew that I had a big test coming up, I wouldn’t wait until the night before to study. I would try to prepare and study for the test beforehand so I didn’t have to cram everything the day before.” 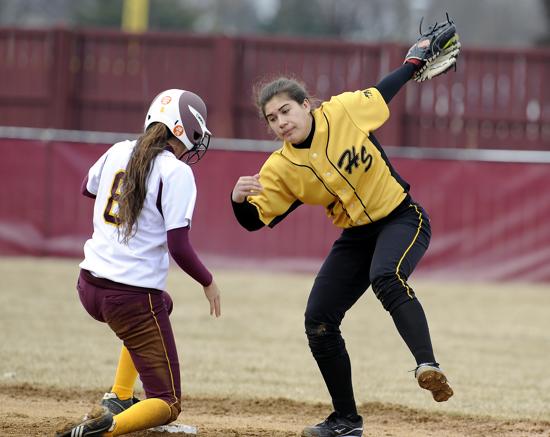 Now Sydney Kopp is following in her older sister’s footsteps, but in a different sport. Sydney Kopp played on Hinsdale South’s varsity softball team as a freshman, but decided to focus full-time on basketball last year.

She played this summer with the Illinois Rockets 15 Red. She was scheduled to compete in Music City Madness in Nashville, Tennessee, before ending the AAU season at the U.S. Junior Nationals Summer Final in Chicago. Also this summer, she  traveled with the team to St. Louis and Cincinnati.

“We might be six years apart, but we still get along really well,” Sydney Kopp said of Ashley. “Basically, she’s my best friend. She has supported me playing basketball.

“[Ashley’s academic honor] is impressive. She really works hard academically and athletically, considering that she is a biology major.”

Both Burr Ridge sisters grew up playing both basketball and softball, but their passion for different sports did not match once they became older. Their father, Kevin Kopp, also played both sports.

“Basketball is what I liked in the first place,” Sydney Kopp said. “I always liked the feeling of playing basketball. It’s a different season; I’ve liked the coach and I like the girls [who play].”