A look at Naperville area quarterbacks

The Naperville area was blessed with some fantastic quarterbacks last season. 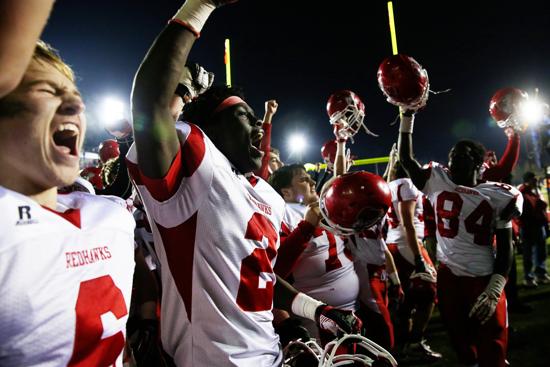 The Naperville area was blessed with some fantastic quarterbacks last season.

Jake Kolbe led Naperville Central to an unforgettable run to the Class 8A title, Benet’s Jack Beneventi committed to Iowa and helped the Redwings qualify for the playoffs, and Neuqua Valley’s Broc Rutter established school records for yards and touchdown passes.

Kolbe has moved on to Illinois State and Beneventi transferred to Fenwick, leaving Rutter as the area’s top returning quarterback.

There also will also be new signal callers at Metea Valley, Naperville North and Waubonsie Valley.

Neuqua Valley only lost twice last season, with both defeats coming against Naperville Central in the season opener and in the state quarterfinals.

Rutter (120-for-193, 2,167 yards, 30 touchdowns) doesn’t have all-everything wide receiver Mikey Dudek any longer, but the Wildcats are looking for big things from Isaiah Robertson and Brett Borske.

The Wildcats scored nearly 40 points per game last year, which is difficult to sustain, so they’ll look to shore up a defense that yielded over 300 yards and 26.1 points.

Naperville Central expects a lot of attention as it looks to defend its Class 8A title.

While last year was Kolbe’s team, the attention this year will be on senior linebacker Bobby McMillen. He tore the cover off the ball in leading the baseball team this spring and now turns his attention to football.

Strong defensive play could help overcome the growing pains for incoming quarterbacks Connor Joyce and David Wesolowski. The Redhawks welcome back running back Kevin Clifford (15 TDs) and wide receiver Michael Kolzow (nine TDs), so there is talent and experience returning on offense.

Beneventi and Benet started with six straight wins before closing last season on a four-game losing streak. The Redwings will look to rebound, but there’s little room for error in the East Suburban Catholic Conference.

Senior Zack Bennema takes over for Jack Eddy at quarterback for Waubonsie Valley. The Warriors are hoping for big things from speedy Tony Burns and from an experienced defense. The Warriors are aiming for their eighth consecutive playoff berth.

Chris Gajak and Evan Kujawski are vying to be Naperville North’s quarterback. Gajak saw a little action last year while Kujawski only attempted one pass.

The Huskies will need a big season from Deon Hardy, especially now that DeSean Brown (Lafayette) is gone.

Senior Kyle Mooney takes over at quarterback for Metea. The Mustangs came close to making the playoffs for the first time last year. They need a big season from wide receiver Nick Dodson, and especially their defensive unit. The Mustangs allowed an average of 52.4 points in five losses last fall.