Two longtime coaches at Guerin, and another who just recently joined the staff will be coming up with new ways for the Gators to be successful in the new Metro Suburban Conference. 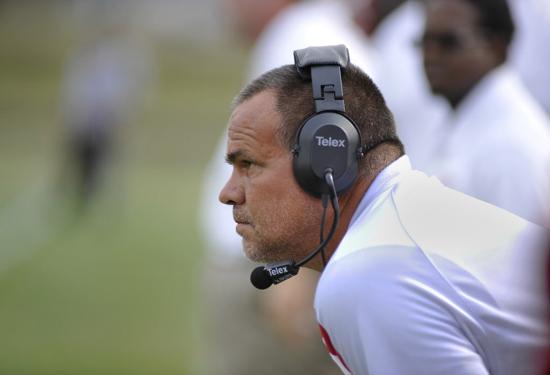 Glen Kozlowski, named head coach of the Guerin football team in January, is also evaluating the athletic department and offering ideas on how to improve success. | FILE

Following the departure of athletic director Phil Radke at the end of the 2013-14 school year, Guerin will count on a mix of successful coaches to get the Gators’ programs back on track.

Earl Danan and Dee Susin — longtime coaches and teachers at the school — are adding responsibilities as the boys and girls athletic directors, respectively. New football coach Glen Kozlowski also will play an integral part in how the athletic department is run, as will Laura Rucinski, who will assist the ADs.

Kozlowski said Guerin president Steve Baldwin asked him to evaluate the athletic department after Kozlowski was hired in January.

“I have 14 years of experience in rebuilding programs so I was just asked to come in and evaluate,” Kozlowski, a former Chicago Bears receiver and special teams player, said. “It’s accountability, commitment and understanding how to be successful. I put in recommendations on how the programs were being run. I’ll continue to do that, but when it comes to athletics, I won’t get in the way of Earl Danan and Dee Susin. I just want to help make sure they get everything they need.”

Susin has coached girls volleyball, soccer and JV basketball at Guerin and was athletic director. She was inducted into the GCAC Hall of Fame in 2006.

Danan has more than 300 victories as coach of the Fenton and Elmwood Park wrestling teams. He also was coach of the Gators’ boys and girls cross country teams that placed third last year in the Suburban Christian Conference. A graduate of Maine West, he’s been teaching at Guerin since 2009.

In his new role, he sees an opportunity to draw input from a variety of groups who are interested in building success. He believes Guerin can win in its new conference, the Metro Suburban.

“I think the four of us will work with the athletic boosters and the parents to make sure the athletic department is headed in the right direction,” Danan said. “We’re seeking the stars in the sky and we see that silver lining. It will be a nice ride.”

Ever since Guerin merged with Holy Cross following the 2003-04 school year, the football and boys basketball teams have been unable to win with consistency. 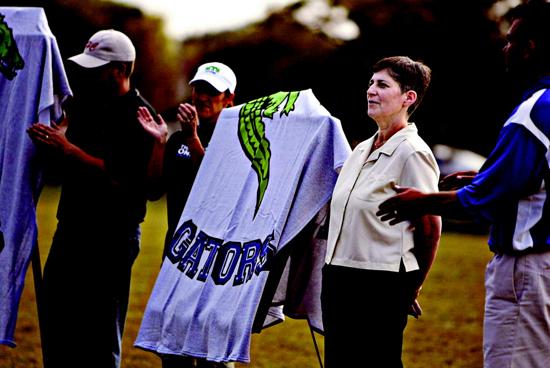 The football team is 27-63 over the past 10 years and never posted a winning record. During that span, the boys basketball teams won two regional titles, in 2005 and 2008.

Guerin brought in new coaches this year to stop the struggles of the two highest profile boys sports. The football team went 2-7 last year and the boys basketball team finished 8-19. In the aftermath, Kozlowski was named the football coach and Tim Bowen came in from Carmel to take over the basketball program.

Kozlowski has a history of turning around football programs. At Wauconda, he guided the Bulldogs to the 5A quarterfinals in 2007 and went 19-45 over seven seasons. Highlighting his 14-32 career at North Chicago, Kozlowski took a trip the 2012 4A quarterfinal.

Kozlowski is trying to connect better with the community and reach out to past stars to help with the building process. One is Garrett Wolfe, who was a star running back at Northern Illinois before embarking on an NFL career with the Bears. Just 5-foot-7, he rushed for more than 5,000 yards at NIU.

“He and I are playing phone tag right now but I’m looking forward to engaging him and bringing him back,” Kozlowski said. “We’d like to have him come back and run some camps. I think he’d be unbelievable in helping Guerin grow and be a stronger program.”

Danan said the Guerin athletic directors are intent on bringing in the right kind of coaches. Guerin president Baldwin did not return calls for comment.

“We’re looking for a specific type of coach,” Danan said. “We want to have the same philosophy of how they react to situations, how they train athletes and their mentality.”

He understands that athletics is one way for students to prepare for college and careers.

“You want to put a little spark in the kids’ belly when it comes to sports,” Danan said. “With the right encouragement and training, we can teach them life lessons [through sports]. What you’re going to get from Guerin is the complete package.”