Pioneer Press breaks down the area's girls golf teams as the 2014 season approaches. 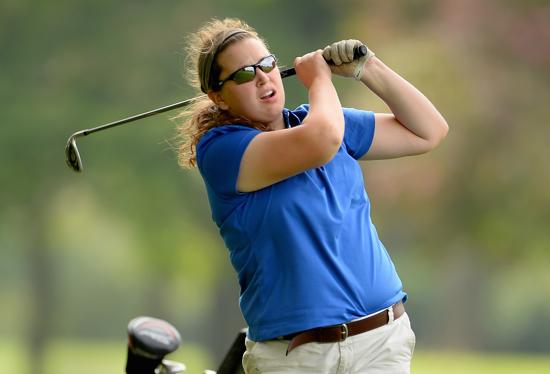 Three of the top four scorers on Mundelein’s 2013 Class AA regional championship girls golf team were seniors, so it would be easy to believe 2014 could be a rebuilding season for the Mustangs.

Not so, according to coach Barb Hartwig.

“We will continue to be competitive,” Hartwig said. “We should be one of the top teams [in the North Suburban Conference].”

The good news for Hartwig and the Mustangs is that two players from that regional-winning lineup have been piling up rounds this summer. Senior Shannon Streeter and junior Megan Weise are the team’s best players heading into the start of the season.

“Both girls attended our summer pro camp with Impact Golf,” Hartwig said. “Shannon played every Monday in our summer league program and competed in [Illinois Junior Golf Association] tournaments. All of the girls worked on their games and lowered their scores.”

One Class AA sectional qualifier, senior Aine Mattera, will return for the Bears.

Mattera has been active on the IJGA circuit this summer. Her best showing was at a July 15 IJGA sectional tournament at Highland Park Country Club. She shot an 84, finishing in fourth place.

“She has gained lots of experience this summer,” coach Mel Fox said. “I look forward to her having a great senior season.”

Fox said senior McKenzie Czabaj and junior Elizabeth Viken will compete on the varsity. Sophomores Page Wallace and Kaitlin Vages have had busy summers and are expected to contribute for the Bears.

Only one other golfer in Class AA had a better final day of the 2013 season than Buffalo Grove’s Lauren Guiao. Her 75 was the second-best individual round during Day 2 of October’s state tournament. St. Viator’s Dana Gattone fired a 74.

Guiao, then a freshman, finished 12th overall. She will lead a young Bison squad that graduated four of its six 2013 sectional tournament participants.

"Our team will be young this year. It will be a great opportunity for many of our younger players to challenge themselves in one of the toughest golf conferences in the state," coach Mark Myers said. "Hopefully the experience they gain will pay dividends this year and over the next few as well."

The Corsairs had one of the best East Suburban Catholic Conference showings in school history last season, finishing 9-0 in match play and winning the regular season and conference tournament championships.

Carmel didn’t have a star player, instead winning with depth. The team’s top two conference players from 2013 — juniors Kayla Ryan and Alexis Amato — have had busy summers on the IJGA circuit and should form the core of a young squad.

"Both players have an unbelievable amount of talent and have worked hard all winter and summer competing and winning various tournaments this past summer," coach Jill Franz said. "[They] will be a force to be reckoned with this year leading our young and talented team as a great one-two punch."

Mikaelian finished in a five-way tie for 56th at last season’s state tournament. This summer, she won IJGA regional tournaments in both June and July.

Sophomore Megan Sturonas is also expected to contribute on the varsity.

"We hope to compete for the conference championship, but it's going to take a near-perfect season to get it done," coach Greg Pedersen said. "We have a good idea of our top three, and we hope to have some strong spirited competition for those remaining varsity spots."

A familiar name will take the reigns as Stevenson girl’s golf coach this fall.

Like in basketball, Dineen’s expectations for the Patriots are high.

“Our goals are to win the [North Suburban] Conference and advance as a team through the state series,” Dineen said.

In 2013, Stevenson had to replace two-time Class AA state champion Stephanie Miller. This year, the Patriots are facing another challenge: finding a golfer to equal the production of 2013 state qualifier Nicole Marquardt. She finished in 20th place at state, firing a two-day score of 157.

“We must now rely on better team balance, which I believe we have,” Dineen said.

The story of the Fillies’ 2013 season was the finish of two freshmen.
Shivani Majmudar and Reena Sulkar both advanced to the state tournament as individuals. Barrington missed qualifying as a team by one stroke, firing a sectional score of 336 (St. Charles North finished at 335).

Majmudar returns fresh off two top-10 showings at Illinois Junior Golf Association tournaments in August. Sulkar is also back. She carded a four-round score of 276 at the Chick Evans Junior Amateur Championships in Itasca in July. Her total earned her a tie for fifth place.

Allie Quinn is another Fillies sophomore entering this season after a solid summer.

The Scouts did not send a golfer to the state tournament in 2013.
Three — Genevieve Foster, Allison Hubbard and Emily Young — competed in the sectional round. Two — Hubbard, a senior, and Young, a junior — return in 2014.

Young competed in the state tournament as a freshman in 2012. In July, she shot a two-round score of 166 to finish second at the MAJGT Klein Creek Classic held in Winfield.

Sophomore Lena Benjakul also returns for the Scouts. In July, she played in four IJGA tournaments, finishing in the top 10 each time.

This golf season, all eyes will once again be on Giants senior Kelli Ono.
Ono will be gunning for her fourth trip to the state tournament, a feat never accomplished in school history (Beth Weinstein went three times from 2003-05).

The highest advancing individual out of the 2013 sectional tournament, Ono shot a 156 over the two-day state tournament, finishing in 16th place.
Two-time state participant Lisa Kraff has graduated.

Lauren Kelsey returns for her senior season, a year removed from making the sectional cut in 2013. Her brother, Ian, was the 2012 Class 3A boys state co-champion and is now a freshman at Dartmouth. At a July 30 IJGA sectional played at Glencoe Golf Club, Lauren Kelsey finished in sixth place with a score of 89.