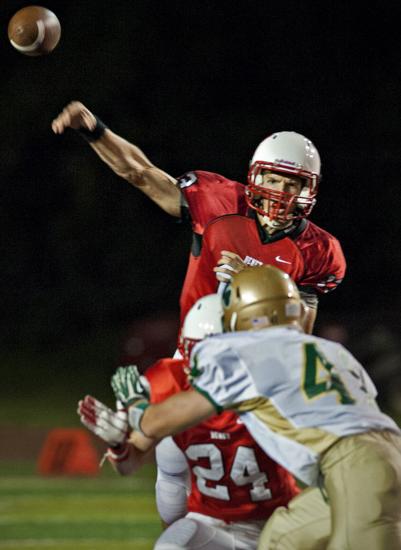 RIVER FOREST — A few years ago when Jack Beneventi and Aaron Garland drove together on a recruiting trip to Iowa, neither imagined they would someday be high school football teammates.

Beneventi transferred in the spring from Benet and is Fenwick’s new starting quarterback. He has become fast friends with the Friars’ top returning player. Beneventi and Garland rode with one another to the first day of preseason practice Monday night at the Priory.

“Aaron introduced me to the teammates,” Beneventi said. “After I transferred, he has helped me at Fenwick, showing me where to go — even places around town and places to see around Oak Park.”

Following about three weeks of summer sessions, Beneventi felt comfortable at his new home Monday. The 6-foot-6, 200-pound, Iowa-bound senior provides a spark for a Fenwick offense that features only one returning starter from last season.

A year ago, Fenwick senior quarterback Gino Cavalieri threw for 2,076 yards and 25 TDs in guiding the Friars to the second round of the Class 7A playoffs.

At Benet, Beneventi tossed for 3,800 yards and 27 touchdowns as a junior. He operated out of the shotgun, though Fenwick quarterbacks generally take snaps under center.

Beneventi’s family moved to Oak Park to be closer to his 70-year-old grandfather, John Henderson, who was recently diagnosed with terminal brain cancer. Coincidently, Henderson attended Fenwick as a freshman.

“We just visited him last week. I’m glad we moved. We have a lot of family in Oak Park and my mom travels a lot,” Beneventi said. “It could have been fine at Benet, but we moved a block away from Fenwick. The driving situation [helps]. People think the transfer is for different reasons, but it’s really a family reason. It’s tough. Next to my parents, he is my biggest role model.” 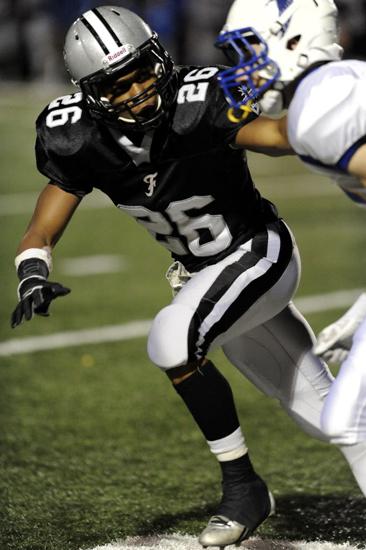 Fenwick cornerback Aaron Garland got some looks at wide receiver during the first practice of the season. | File

Beneventi grew up in Glen Ellyn, and picked Benet over Glenbard West. After eighth grade, he took a look at Fenwick and even spent a day shadowing a student.

“I was really considering [Fenwick]. I really liked it, but obviously the travel distance [was great] from Glen Ellyn to Oak Park,” Beneventi said. “It’s tough. I was doing two sports then [also basketball].”

Beneventi is the No. 2-ranked senior QB in the state behind Marian Central’s Billy Bahl (Miami, Ohio), according to scout.com.

Garland, a 6-foot, 187-pound cornerback, may turn out to be one of Beneventi’s targets. One of the surprises Monday was the Connecticut recruit being used as a wide receiver.

Fenwick coach Gene Nudo is determined to find a way to get his top athlete the football.