Is it possible for a team coming off a 10-2 season to lose the area’s leading rusher — who accounted for nearly 2,400 yards and 32 touchdowns — and be improved? It’s entirely possible, if that team is Lincoln-Way North. 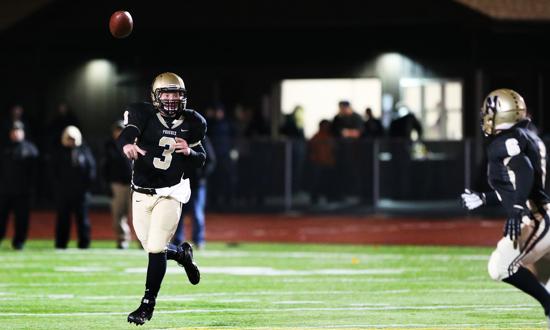 Is it possible for a team coming off a 10-2 season to lose the area’s leading rusher — who accounted for nearly 2,400 yards and 32 touchdowns — and be improved?

It’s entirely possible, if that team is Lincoln-Way North.

That’s not to understate what running back Julian Hylton, now at Illinois, meant to the Phoenix in 2013. Hylton pretty much was a one-man force on offense, consistently moving the chains and reaching the end zone.

North, however, has the pieces necessary to fill the enormous void left by Hylton.

A whopping 14 starters, including nine on offense, return to the fold. Additionally, the senior class was a combined 17-0-1 at the sophomore and freshmen levels; the junior class a perfect 18-0.

There’s an abundance of talent and experience at North, which checks in at No. 8 in the SouthtownStar Preseason Top 10.

“We don’t have a Julian, but we have six guys we’d like to get the ball in their hands,” North coach George Czart said. “This is as good a team as we’ve ever had.”

It’s no wonder Czart is excited to see his playmakers get the ball.

It won’t be just one man, though there are high hopes junior Jaylin Branch (5-11, 170) can be that guy. Branch sat out last season after transferring from Mount Carmel. He may not have the breakaway speed of Hylton, but he’s extremely shifty and has the ability to make defenders look bad.

Senior Christian Bizzak (5-11, 165) and junior Jimmy Vallos also will get chances in the backfield.

“Jaylin has the chance to be something special,” Czart said. “His lateral quickness and his agility are excellent. We like all our guys at running back.”

The are some holes to fill on defense, though, the secondary should be a strength, with seniors Jake Abramowicz (6-foot, 185), Kamryn Ryan (6-1, 180) and Bizzak, along with Troike and Vallos holding down the fort.

North’s 2013 season ended in the Class 6A quarterfinals, a 12-6 loss to Richards in overtime. Arthur strongly believes the program is ready to take it a few steps further in ’14, which begins Aug. 29 at home against LaSalle-Peru.

“Most of us having been playing football together since we were 6 years old,” Arthur said. “We have really good team chemistry. We’re very experienced. We’re branching out more with our offense. Last year we made a deep (playoff) run. This year, our goal is a state championship.”