It’s been said the only certainties in life are death and taxes. It’s possibly time to add another: Lincoln-Way East qualifying for the playoffs. 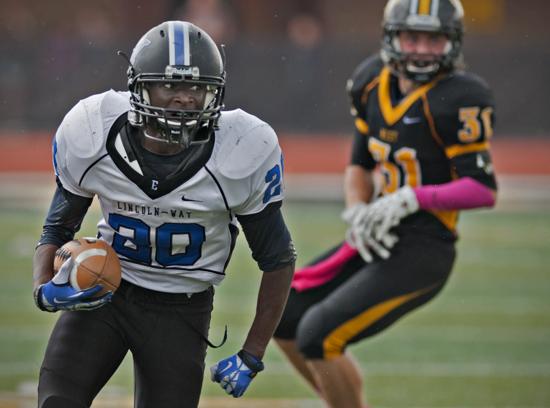 It’s been said the only certainties in life are death and taxes.

It’s possibly time to add another: Lincoln-Way East qualifying for the playoffs.

The Griffins have reached the postseason every year of their 13-year existence, highlighted by wining the Class 8A state championship in 2005.

East’s playoff streak shows no signs of ending any time soon. Coach Rob Zvonar’s squad is perched at No. 6 in the SouthtownStar Preseason Top 10.

“We hope going into each year with the tradition and culture we have established that we have high goals,” Zvonar said. “We certainly have goals to compete for the conference championship and play a while in the playoffs. We like what we’re seeing so far from this team.”

What Griffins fans will be seeing is an offense boasting multiple playmakers and a defense that, admittedly not as physically imposing as recent years, will be quicker to the ball.

Quarterback Mike Weller energized the offense when he took over late last season. The 6-1, 180-pound senior has quite a few familiar faces around him, led by senior running back Alex Kraft (6-0, 190).

“We have guys who have shown they can make big plays in big games,” Zvonar said.

“We have some threats on the edge and some big guys up front,” linebacker Luke Epich said. “We have guys who are hard to catch.”

The D-line isn’t as physically imposing as recent years, but Dan Stewart (6-2, 215) and Jeremy Suda (6-2, 230) have the wheels to cause some disruption in the backfield.

“You prefer bigger, thicker kids on the line, but we opted for quickness this year,” said Zvonar, who has a 124-30 record in 13 seasons. “The way offenses are today, going with a spread look, we feel we need to go with athletic types of the line.”

The Griffins finished 9-3 in 2013, falling 21-14 to Edwardsville in the Class 7A quarterfinals. Most programs would be overjoyed with a similar playoff run.

The journey begins Aug. 29 at home vs. Oak Park-River Forest. The Griffins travel to meet District 210 rival in Lincoln-Way Central in Week 2.

“We’re not going to have to wait long to see where we’re at,” Zvonar said. “Oak Park is an excellent team.

“Our kids have bought in and have worked hard. We’re excited and we understand the task at hand.”