Bartlett has a lot to prove after last year's disappointing campaign 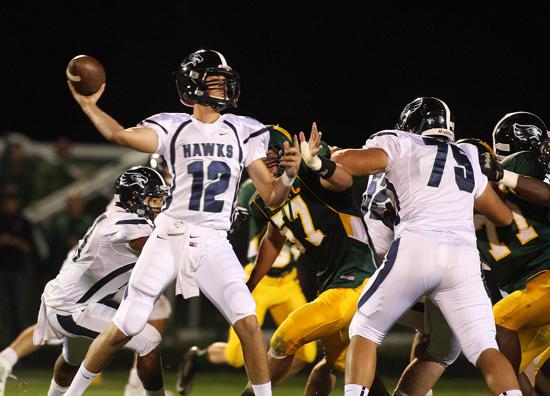 The good thing about having 14 starters back for Bartlett is not only the experience gained but also the memory of last season.

“We went 3-6, and that’s not the kind of thing we’ve done here,” coach Tom Meaney said. “They all know that and took it to heart and have used that to prepare themselves. They feel they have something to prove.”

It was only the second time in Meaney’s 11 years Bartlett failed to make the playoffs, and it matched the worst record in school history.

“We’re bigger, stronger and I feel have a lot more weapons,” Meaney said.

It starts at quarterback, where senior Jordan Flint is in his third season starting and second in this offensive system. He was 94-of-18 for 1,088 yards with seven touchdowns and six interceptions.

“He’s a lot more confident,” Meaney said. “You can just see it.”

With running back Nolan Bernat and 6-foot-3, 285-pound tackle Kyle Sanft returning after making All-Upstate Eight Valley as sophomores and school 100-meter record holder Bryce Petty back at wide receiver after committing to Fordham, it’s easy to see why Flint’s confidence is high.

Bernat played more on defense last year but should be the main runner this year, backed by Streamwood transfer Travious Brown.

“On defense, everybody has played at some time, even if they didn’t start,” Meaney said. “They all understand the system and coach (Erik) Kramer is happy with the progress.”

“He’s a good communicator and gets the guys fired up,” Meaney said.

“Andreuccetti was a corner for us but has added a lot of weight and is a big hitter,” Meaney said.

“We had a young team last year and sometimes that (3-6) can happen with young teams, especially in a division as tough as ours always is,” Meaney said. “The good thing is they’ve improved and are ready to show it.”