Will McCabe didn’t make the splash he was looking for on his first tee shot Friday at the Lemont Invitational. But like good golfers do, McCabe bounced back and led Providence with a 1-over 73 for the tournament championship. 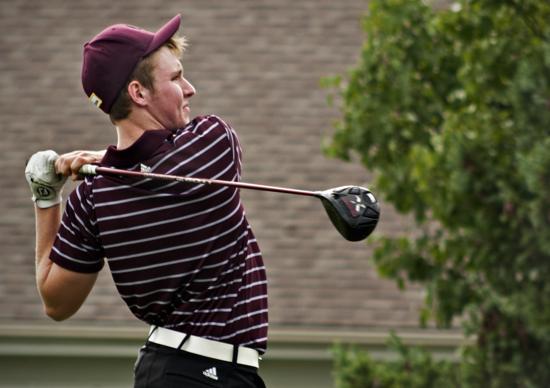 Will McCabe didn’t make the splash he was looking for on his first tee shot Friday at the Lemont Invitational.

“I hit my first shot onto the cart path and it went into the water,” McCabe said. “I was 3-over through four.”

But like good golfers do, McCabe bounced back and led Providence with a 1-over 73 on the South and East courses at Broken Arrow in Lockport for the tournament championship.

Mickey Brick (74), Ricky Costello (75) and Kevin McEneany (77) all contributed scores for the Celtics, who played well enough not to require strong rounds of 77 and 78 from Mike and Dom Cascino.

“That’s what we should expect every tournament,” McCabe said. “I feel like all of us are capable of shooting around par. I think we’d be disappointed without all six scores in the 70s.”

McCabe, who finished fourth, birdied straight holes on No. 11 and 12 to catalyze a strong back nine.

Glenbard South’s Russell Matos shot a 4-under 68 to run away with medalist honors. Joliet co-op’s Trent Wallace was the only other player under par with a 71.

Lockport ace Gehrig Hollatz shot an even-par 72 for third place. Hollatz is one of the top golfers in the Southland and competed against his father, Mark, who ran the tournament as the head coach of Lemont.

“It’s different than baseball or basketball where you’re physically competing against each other,” Mark Hollatz said. “In golf, I can come out and root for my team and also root for Gehrig.”

Gehrig Hollatz was in contention for medalist honors at 1-under going into the 17th hole,  but he “chunked” his approach shot into the water after a solid drive.

Hollatz, a senior, was the runner-up last year with another 72.

“The last few years Lemont was always hanging with us — and sometimes beating us," he said. "It’s just cool that my dad’s hosting this event and I get to play in it."

Lockport’s Luke Trent finished sixth with a 75. Matt Sheldon added a 78 for the Porters.

Joe Pavlovic led Lemont with an 81.