If defense does indeed win championships, St. Rita should find itself in position in to claim the vaunted Catholic Blue title and deliver an extended run toward the Class 7A state championship in 2014. 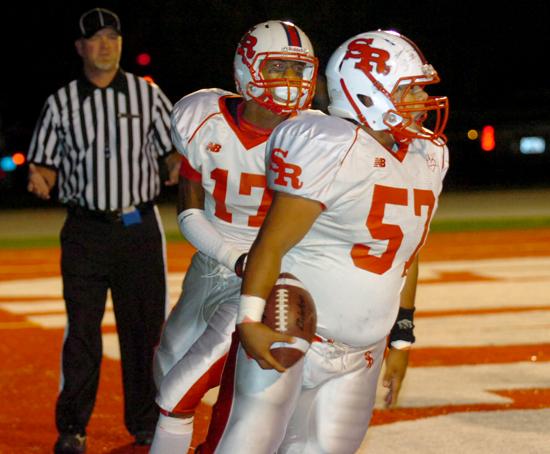 If defense, does indeed, win championships, St. Rita should find itself in position in 2014 to claim the vaunted Catholic Blue title and deliver an extended run toward the Class 7A state championship.

The Mustangs, who won the Prep Bowl and earned a piece of the Catholic Blue championship along with Mount Carmel and Loyola last season, return seven starters on defense, led by the tandem of senior linemen David Landstrom and Steve Abramowicz.

While the offense doesn't have quite as many familiar faces — five— it boasts the personnel to sustain clock-eating drives or strike quickly.

St. Rita checks in at No. 4 in the SouthtownStar Preseason Top 10.

"We have the tools to do some damage in the Blue and the playoffs," St. Rita linebacker Matt Mitchell said. "If we can overcome adversity, we'll be fine."

Adversity reared its ugly head last week when junior Danny Gleaves, a returning starter in the secondary and part-time weapon in the backfield, was lost for the season with a broken fibula.

Losing Gleaves, who made the SouthtownStar All-Area Baseball Team in the spring, is a big blow. While the Mustangs have a number of players to fill in at secondary, there's no replacing Gleaves' speed and big-play ability.

"Danny is a great kid," St. Rita coach Todd Kuska said. "It's tough. We were really excited about him. We're going to miss him. He's versatile. But we'll regroup."

Lee, a senior, and Zunica, a junior, will receive the bulk of the carries.

"Tyre and Mateo will be our guys and we're excited about them," Kuska said. "It's a shame we're not going to be able to use Danny. But we have some playmakers on offense."

Weydeman hasn't started at any level at St. Rita, but Kuska is confident his senior QB will rise to the occasion.

With Gleaves out of the mix, senior Marty Bechina (6-1, 205) will anchor a secondary that likely will include senior Eric Walker and junior Brandon Williams.

"Even without Danny, our defense should not skip a beat," Mitchell said. "We may not have a superstar on offense right now, but Tyre can be that player. I think we can be as good, if not better, than last year.

We have firepower. The chemistry and experience is there. We were part of a three-way tie for the conference championship last year. This year we'd like to win it outright."