Marmion ready to face another challenge

Since Marmion finished fourth in Class 2A in 2011, the Cadets have faced change after change. This year, the Cadets move into the Catholic League. 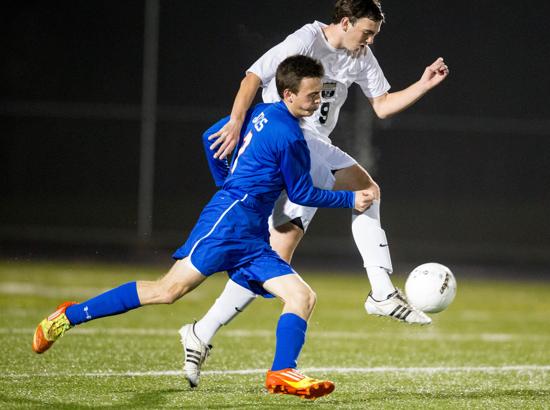 Since Marmion finished fourth in Class 2A in 2011, the Cadets have faced change after change.

Legendary coach Kevin O’Connor, players Mike Frasca, Mick Maley, Matt Switzer, Flynn Collins and Luke DeSimone, moving up to 3A and leaving the Suburban Christian Conference are all part of the Cadets’ history.

“Every year Marmion seems to lose one or two key players, I remember hearing that when I was a sophomore,” third-year coach Ricky Del Toro recalled. “That just means its next-man-up time. Every change is a challenge.

“Travel (in the Catholic League) will be an adjustment, but the bottom line is we’ve got seven starters back and we intend to improve the record (13-8-2) and our tournament results (2-2 at the Barrington Classic, 2-1-1 at the St. Charles Invite).”

Marmion actually had to adjust to Collins’ absence after a midseason injury that didn’t prevent the four-year starter from earning IHSSCA All-Sectional status Gavin Sanchez, who also was all-sectional, is the Cadets’ top returnee.

“I got called up as a freshman to play for that state final team, so I know what it ultimately takes, so I feel responsible to lead the newcomers and underclassmen by example on and off the field,” Sanchez said. “I believe we are capable of being a sectional team or more.”

“We will miss playing Wheaton Academy because that match always seemed to come down to a one-goal difference and played a part in deciding the SCC title,” said Sanchez, who led Marmion in every category with seven game-winners among his 16 goals and assists. “We’ve played St. Francis and even Mount Carmel, but while we may not be that familiar with the others, they probably don’t know much about us.”