St. Edward boys don’t want the girls to have all the fun

The St. Edward boys soccer team has watched the girls program enjoy success in recent years, and is now ready to make some noise itself. 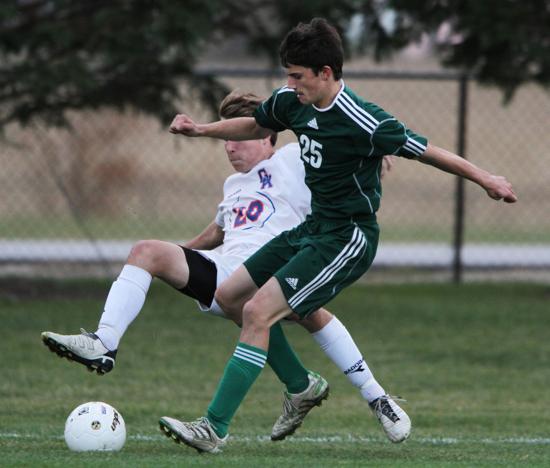 During St. Edward’s record-setting run to a Class 1A third-place finish in the spring, one of the questions surrounding the Green Wave program was, “What does it take to get respect in the rankings?”

As coach of that team and the St. Edward boys program, Tim Brieger isn’t really concerned with the answer.

“I’d rather have wins than rankings, and as a 1A program, comparisons will always be in the large program’s favor,” Brieger acknowledged.

Yes, St. Charles East is targeted as 3A state contender, and a number of other Elgin area programs could go on a great run as Larkin did last fall, but St. Edward can only focus on its results.

“As long as we win games and have a good season as a team, I’ll be happy,” senior Joe French said. “We’re excited about being in a new conference and playing some more schools our size. But just making certain we get back to the regional final or compete in sectionals as a minimum is our major goal.”

Similar to the girls program, there’s a strong senior nucleus that has paid its dues and insists this is the year. Many of the boys followed and supported the girls program and are inspired to write their own successful story.

In addition to French in midfield, Brieger believes Matt Hesch returning to goal is a key, while seniors like defender Joe Martell and forward Austin Pfeiffer give the Green Wave strength up and down the middle of the field.

“That’s a really nice core to build around and I think (junior) Alex Semler can have a breakout year,” Brieger said. “This will be the first year we’ll see some freshmen who have come up through our youth program as well.”

The breakup of the Suburban Christian Conference creates mixed emotions for Brieger, who understands “change is inevitable.”

Last fall’s SCC champ and a strong 3A power in Wheaton Academy remains a hurdle for the Green Wave in the West Division of the new Metro Suburban Conference lineup as does Aurora Central Catholic.